Rasheeq takes on challenges for Movember and mental health awareness

A Project Manager from the West of Scotland Innovation Hub is taking on a series of fitness challenges to raise funds throughout Movember, while promoting mental health and suicide prevention awareness.

Rasheeq Syed is a long-time supporter of the charity and has raised almost £8,000 through various fundraising activities over the years. 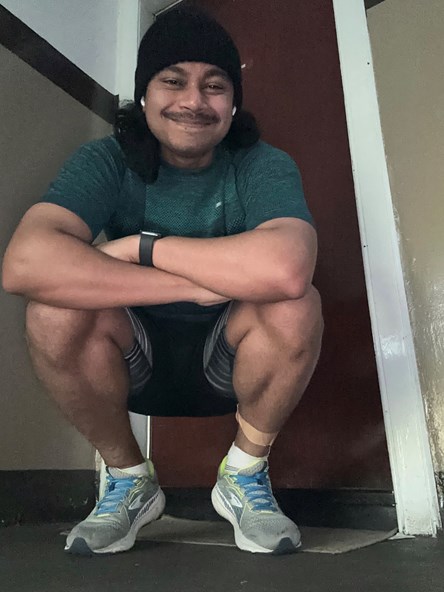 The 31-year-old, from Glasgow, has learned from his own experiences about the importance of talking about mental health, supporting others, getting support when needed and removing the stigma that can still exist when it comes to discussions around mental health.

As the world continues to deal with the impact of Covid-19, Rasheeq firmly believes there has never been a more important time to be aware of mental health.

He said: “I have been supporting Movember for over a decade and have always been passionate about promoting mental health awareness and removing the stigma that has been associated with talking about the subject. 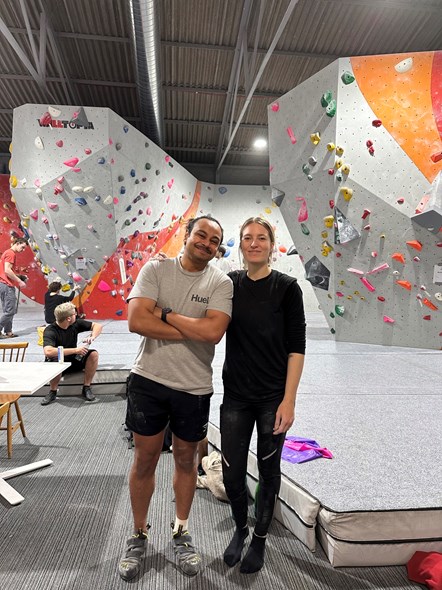 “On a personal level, I have had my own mental health concerns and have suffered from depression. The last few years have been so difficult for all of us, I lost my mum to Covid-19 and that was really hard. She was a fit and healthy 50-year-old and it came as such a shock, it’s still hard to process.”

“I was born in Bangladesh and still have family there, so travelling there and speaking about my mum with our family was tough, but it’s important that we talk about how we feel. I have been a long-term advocate for raising mental health awareness, particularly in the South Asian community, as it can often still be regarded as a taboo subject, especially among men.” 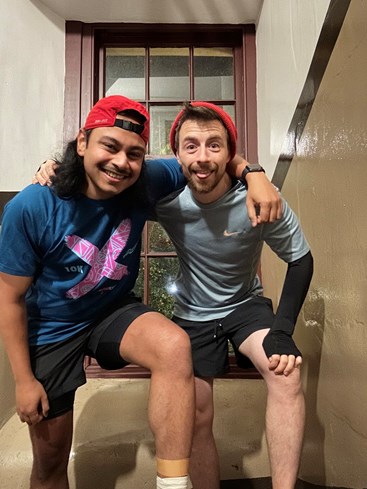 Every November the Movember Foundation encourages people to fundraise and raise awareness about men’s health issues including prostate cancer, testicular cancer and mental health and suicide prevention. Supporters can get involved by growing a moustache and, like Rasheeq, they can also and take part in various physical activities and challenges throughout the month.

Rasheeq’s colleagues from the West of Scotland Innovation Hub, which is hosted by NHS Greater Glasgow and Clyde, are also supporting him by joining in with some of his activities. He said: “The concept is interesting as it encourages people to join you for activities, which can be so beneficial for mental health. It’s great to have members of the Hub joining in too. I have even been able to do some of the challenges with friends from around the world virtually. Friends as far as Mexico and Australia have joined me to take part, we all have busy lives but this idea means anyone can get involved for as long as they are able too.”

“This year I’m hoping to raise another £1,000 for Movember through my fundraising and then I’ll have a think about what I can do next year!”

You can support Rasheeq and Movember by donating at his fundraising page.

The West of Scotland Innovation Hub has welcomed three new fellows to its team of digital innovation in medicine experts. Professor Steven Lo, Dr Chris Sainsbury and Dr Ana Talbot officially started their roles with the Hub on Tuesday 11 October.

The West of Scotland Innovation Hub's early Identification of Heart Failure in the Community project ‘OPERA’ has been shortlisted for top innovation award.

NHSGGC Research and Innovation teams, including staff at the  clinical research facilities have recently finished a clinical study, which started in late 2021, comparing the mOm Essential Incubator to standard incubators. Clinical staff, supported by the West of Scotland Innovation Hub, have also shared their experience of this technology with doctors in Ukraine.

A new major trauma app is receiving high praise from medical professionals for helping them provide vital and timely care, after a trial of the revolutionary technology processed more than 500 patients.

Experts from West of Scotland Innovation Hub outlined their scale of ongoing work, which looks at how technology can be used to improve health, at this year’s National Innovation Event.

Staff across NHS Greater Glasgow and Clyde have been wearing red today (June 17) to support the amazing work of our teams who are making COVID-19 research happen. #Red4Research celebrates the phenomenal work of the R&I teams within NHS Greater Glasgow & Clyde and beyond. NHSGGC has been at the heart of research into COVID-19 throughout the pandemic, with the team playing a crucial role in initiating, delivering and overseeing the conduct of urgent public health trials including COVID-19 vaccines, Recovery and REMAP CAP studies, which have led to improved outcomes and reduced improving mortality rates.

Applications are now open for neurology projects looking to take part in the vCreate Neuro test of change pilot. This follows approval from the Scottish Government for a further three years of funding for the vCreate Neuro platform.

Applications are now open for the Innovation Fellowship Scheme, which offers exciting opportunities to contribute to, conduct and lead innovation projects.

Award success for the West of Scotland Innovation Hub

We took home the Data Driven Innovation Award for NHSGGC's work in Pathology digitisation and AI, alongside partners iCAIRD and there was further success for the Hub in the Industry Collaboration Award category, where we were named this year’s winner for our work on the Dynamic AI COPD information and monitoring tool, which has been life-changing for patients.

NHS Greater Glasgow and Clyde has been recognised for its contribution to health and social care after seven of its projects were nominated for prestigious Digital Heath and Care Awards.

Innovation is at the heart of COPD treatment

To mark World COPD Day, we are looking at how innovation is helping patients across NHS Greater Glasgow and Clyde manage their symptoms and improve the treatment of COPD.

A digital healthcare service that uses artificial intelligence to help patients with COPD (Chronic obstructive pulmonary disease) has been successful in the latest round of the Artificial Intelligence in Health and Care Award.

Digital technology has been used to transform patient care this past year and two projects have been recognised for leading the field in Scotland.

A new clinical tool developed in Scotland has given frontline staff confidence to confront COVID-19 in patients.

VCreate has been expanded for use in hospitals with the support of WoS Innovation Hub.

This new service aims to help patients avoid unnecessary visits to hospital and improve their care in the face of COVID-19.